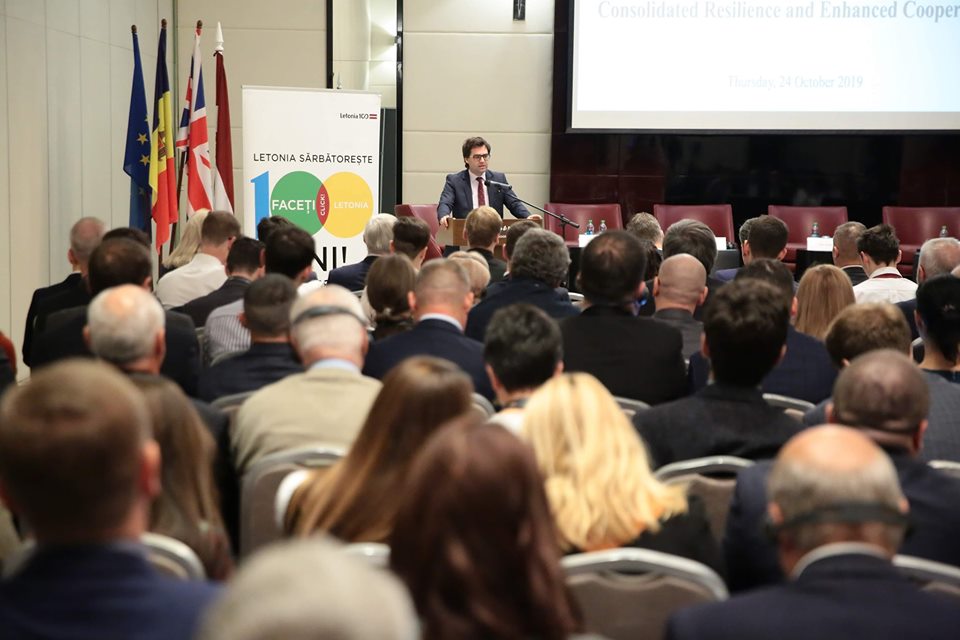 On 24 October 2019 in Chisinau, the Minister of Foreign Affairs and European Integration of Moldova, Nicu Popescu took part in a conference on strategic communications entitled “Strengthening Security of Information Space through Consolidated Resilience and Enhanced Cooperation.”

The conference was organised by the Embassy of Latvia and welcoming remarks were delivered by Ambassador of Latvia to Moldova, Uldis Mikuts, who gave a presentation on Latvia’s experience with strengthening of the media space, underlining the need for the public administration to cooperate with the media and civil society. The Ambassador noted that Latvia was paying increased attention to the issue of media literacy, and he mentioned the work of the Baltic Centre for Media Excellence as an example. The Centre is making a considerable contribution to research in the media environment in the Baltic States and the European Union’s Eastern Partnership countries, including the Republic of Moldova.

The Moldovan Minister of Foreign Affairs and European Integration, Nicu Popescu, thanked Latvia for having arranged a second conference devoted to strategic communications in the space of a year. The Minister pointed out that the media space is one of the cornerstones of the most basic element of democracy – freedom of speech. The Ambassador of the United Kingdom to Moldova, Steven Fisher, commended Latvia’s fresh firsthand experience with the development of strategic communications. He also appreciated the opportunity for supporting the conference and for having British experts present as speakers.

The event was structured in three panel discussions focusing on the role of independent media in providing information to the public and on the capacity of institutions of public administration to engage in coordinated communication with society. Other topics covered were disinformation and fake news – the issues which are highly relevant both for Moldova and across the Eastern Partnership region. Liubomir Chiriac, the Executive Director of IDIS “Viitorul”, emphasized the importance of the conference for the State Institutions of the Republic of Moldova, underscoring the fact that professionals and civil servants of all levels working various governmental bodies and agencies should take advantage of such events being organized with the goal of sharing with Moldovan stakeholders the best practices and best expertise in the field. According to Elena Marzac, the Executive Director of Information and Documentation Centre on NATO from the Republic of Moldova, the civil society could play the role of facilitator between the population and government in presenting the national interest and citizens’ perceptions to be taken into consideration through diverse policies and instruments.

Latvian participants at the conference included Jānis Kažociņš, National Security Advisor to the President of Latvia; Jānis Siksnis, Director of the Baltic Centre for Media Excellence; and Jānis Rungulis, an expert from the EU’s East Stratcom Task Force.

The conference was organised in association with the Embassy of the United Kingdom in Chişinău, the Institute for Development and Social Initiatives (IDIS) “Viitorul” and the Information and Documentation Centre on NATO from the Republic of Moldova.