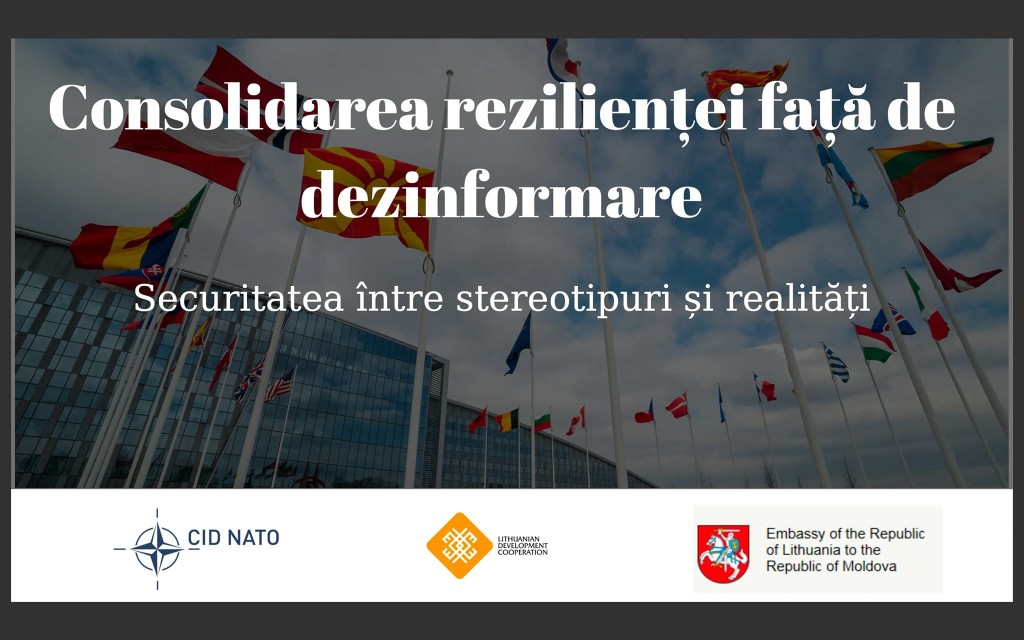 The Information and Documentation Center on NATO in Moldova (IDC NATO) in May-October 2021 implements the project “Support for the independent press and strengthening resilience to disinformation”. Thus, on July 23, a brainstorm was organized on the theme “Security between stereotypes and realities” to which experts from academia, media representatives and civil society representatives were invited.

During the event, the most ingrained stereotypes in the field of security and defense were discussed and especially related to the supply of Soviet heritage, the diversion of the concept of neutrality of the Republic of Moldova, cooperation with NATO, the Transnistrian conflict. The experts spoke about the role of institutions in the security and defence sector and explained the origin of these stereotypes or the propaganda message they convey.

The aim of the project is to select the ten most common security and defense stereotypes that will be denied in a brochure. This project is implemented with the support of the Embassy of the Republic of Lithuania in the Republic of Moldova and is funded under the Lithuanian Development Cooperation and Democracy Promotion Programme.