#1 Dialogue with experts: National Security matters during the pandemic 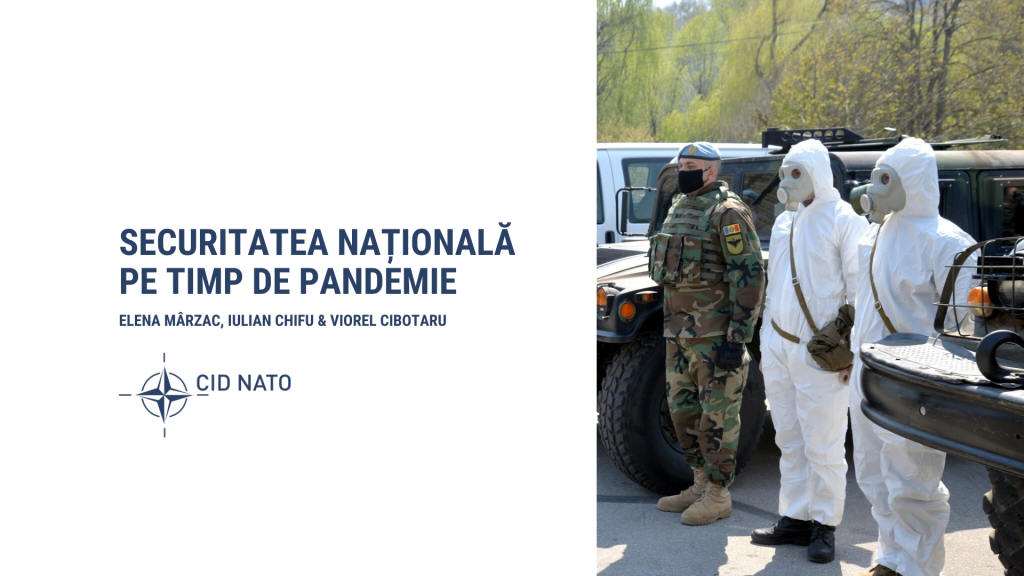 The Information and Documentation Center on NATO (IDC on NATO) from the Republic of Moldova launched a series of dialogues with national and international security experts to analyze how the pandemic influences human security, society, politics, leadership, good governance, international relations and what impact it has on national security as a whole.

In the first conference we spoke about the National Security matters during the pandemic with Mr Viorel Cibotaru, former Minister of Defence, Director of the European Institute for Political Studies in Moldova, co-founder of IDC on NATO; Mr Iulian Chifu, former presidential adviser, Director of the Center for Conflict Prevention and Early Warning, and Ms Elena Marzac, Executive Director, IDC on NATO. The pandemic is a threat to international stability. As a result, in addition to the dramatic consequences for those with impaired health, the pandemic creates a number of social, economic and political problems.

Internationally, experts find that:
– States are primarily responsible for crisis management, and the role of international institutions is to support these efforts.
– Response capacity is closely linked to the economic power of countries. These days, the price of oil has a major influence on the economic security of the major powers.
– National security, government policies and economic priorities must adapt holistically to the new regional and international landscape of complex threats to national security.
– The crisis has highlighted the vulnerabilities of states and exacerbates existing threats.
– The crisis will have a strong impact on politicians who try to take advantage and capitalize politically if their discourse is not supported by concrete actions.
Nationally experts say that:
– The response capacity of the Republic of Moldova is low. The late implementation of security strategies has resulted in a scattered response and a chaotic decision-making process.
– The impact of the pandemic on security will be widely felt later. The experts believe that resilience as a concept must be built at national level when there is a consensus, and the credibility of the authorities must be laying ground.
– A positive thing noted by experts was the mobilization of society in identifying solutions for the education system in Moldova, but criticized the slow action of the Government in this regard.
– Experts in the field must be at the forefront to explain and manage the crisis, meanwhile politicians must take a step back.

The Information and Documentation Centre on NATO is a noncommercial, autonomous organization set up as a part of the 2006-2009 Individual Partnership Action Plan (IPAP) Republic of Moldova-NATO. The Center promotes the Euro-Atlantic values and principles, informs the society about the multiple aspects of security, and supports the governmental institutions in security and defense sector reform.