ANNOUNCEMENTSA group of students in visit at British Embassy Chisinau

A group of students in visit at British Embassy Chisinau 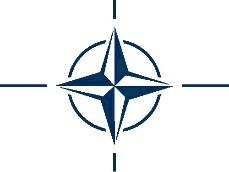 Students were interested to learn more about the UK’s role within NATO, as a founding member of the Alliance, as well as Her Majesty’s Armed Forces more broadly.

Topics included: the role the UK within the Alliance and lessons learned from NATO operations, the structure of the UK Ministry of Defence and its responsibilities in defending the UK and overseas territories, the promotion of the UK’s interests more broadly, including support to international peacekeeping efforts, and humanitarian aid. The group also discussed the UK’s financial commitment to NATO and global defence expenditure.

The event was organized on 4 April 2019, on the occasion of the 70th anniversary of the signing of the North Atlantic Treaty.