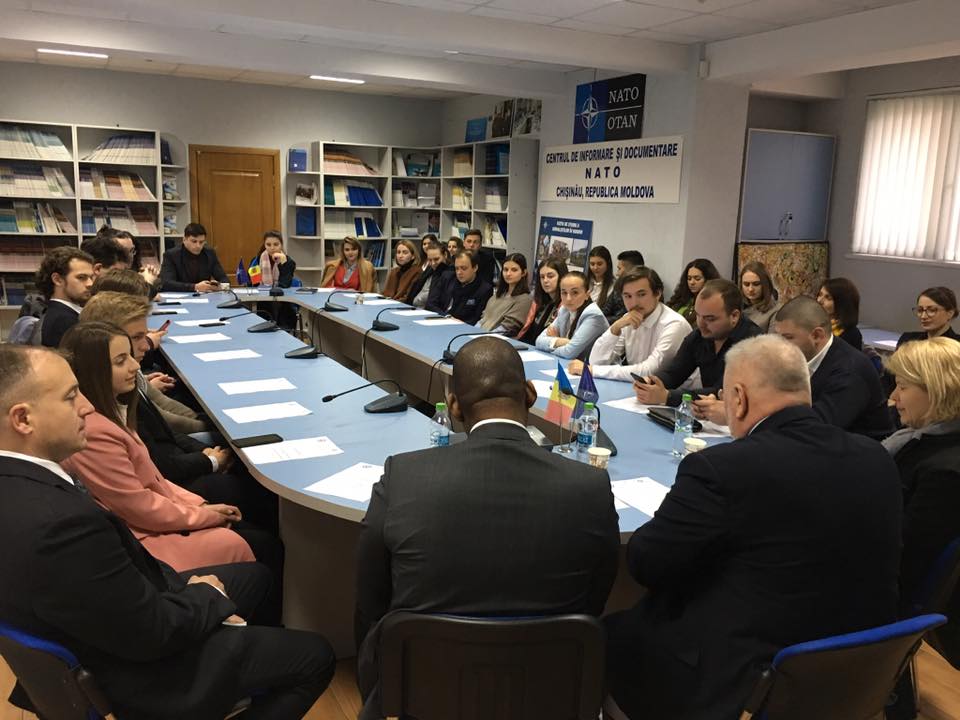 On the 4th of April 2019, NATO marked the 70th anniversary of the signing of the North Atlantic Treaty. This same year, many Allies celebrate the 10th, 15th and 20th anniversaries of their joining to the Alliance. On these occasions, the IDC on NATO in Moldova, in close cooperation with the Embassy of the United States of America to the Republic of Moldova and the Italian Embassy to the Republic of Moldova, has launched, on the 16th of April, a Night Owl Event, part of a series of events taking place in the period between March and April for raising awareness about what NATO really means to its member states and what the cooperation with NATO is about – bringing together at the IDC’s premises students and Ambassadors of NATO member states.

Ambassadors provided students with first-hand information on the role of the U.S.A. within NATO, as a founding member of the Alliance and Italy’s contributions to security in Europe and beyond.

Students also learned more about the US and Italy’s contribution and commitments made under NATO, their role within the Alliance, their participation at peacekeeping operations under the aegis of NATO worldwide and about the importance of tackling modern risks and threats to international peace and security.

One particular topic that was adressed was – the aid the Republic of Moldova recieves for moderizing its military, enchancing education, building democratic and resilient institutions, reduction of environmental, biological, nuclear, social and other types of threats with the support of NATO, granted in the framework of existing cooperation programs and mechanisms between Moldova and NATO.