Moldovan neutrality cannot be an obstacle to cooperation with NATO 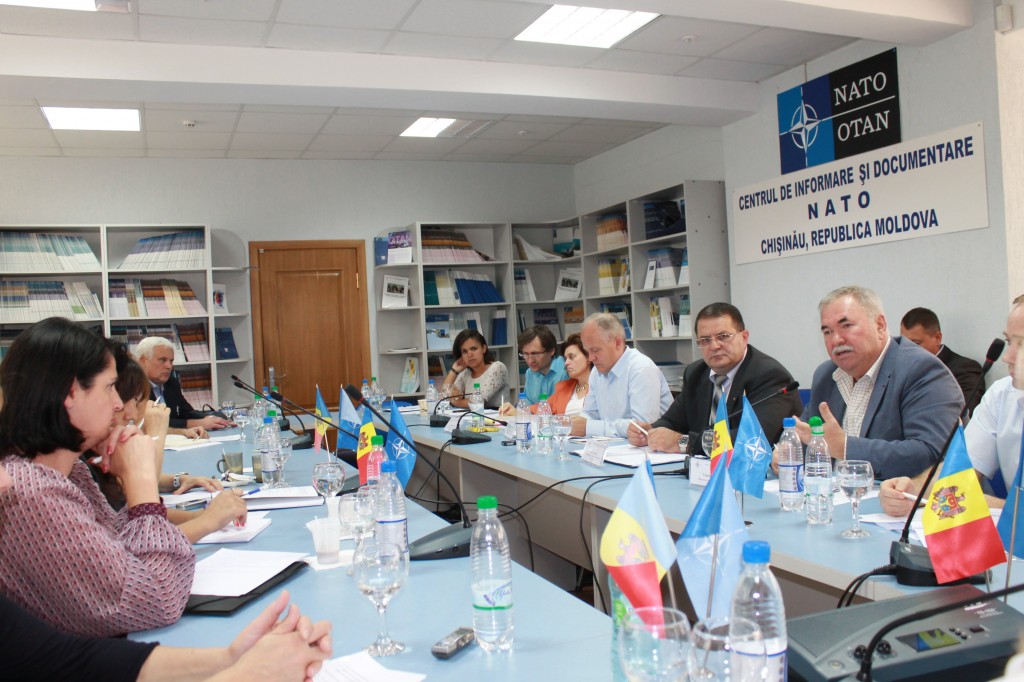 The necessity of deepening the partnership between Moldova and the North Atlantic Alliance, as well as NATO’s new approach towards its partnerships after the summit in Wales were the main topics of the Press club held on September 16th, at the Information and Documentation Centre on NATO.

Present at the event, Despina Afentouli, program officer of the Public Diplomacy Division of NATO said that the partnership between Moldova and NATO does not contradict the neutrality status of our country. “It’s a partnership that is not contrary to the main directions of the foreign policy of Moldova, being rather complementary to the relationship between Moldova and the EU,” said Despina Afentouli.

Referring to the decisions taken at the NATO summit in Wales, Mihai Carp, deputy head of the Crisis Management Division within the NATO Headquarters Operations Division, stressed that for the the Alliance, the most important task is to defend the 28 member states and the collective defense. “There are some decisions that were taken in the current context in which we find ourselves. It is a very changed context compared to a year ago. We deal with problems that earlier this year did not exist or were not so obvious. The decisions taken by NATO are a response to these threats” said Mihai Carp.

Another participant at the meeting, the Vice Minister of Defense Aurel Fondos said that the cooperation relation between Moldova and NATO is also focused on the humanitarian dimension. At the same time, Fondos noted that Moldova’s participation in peacekeeping missions has a beneficial role for its image on the international arena. “This participation allows us to test the level of readiness obtained through participation in international exercises. We will be able to create and support the security comfort we are committed to” the official said. Meanwhile, Aurel Fondos said that the Defense Ministry has prepared a draft military strategy of the Republic of Moldova, a document drastically altered after the latest events taking place in the region.

Attending the event, Viorel Cibotaru, Director of the European Institute for Political Studies in Moldova, said that in some cases, the existing strategies in Moldova cannot be used, requiring a new principled approach. According to experts, the situation at the moment requires to amend several laws and concepts. However, according to Cibotaru, the authorities in Chisinau should review its resource allocation methodology for the development of the armed forces in relation to the risks faced by the country.

The political expert Vasile Croitoru said that Moldova’s presence at the NATO summit in Wales will change the relations between Chisinau and Brussels and will contribute to our country’s capacity to respond to crises. “As long as there will be conflicts between West and East, Moldova being a boundary country, there will be internal upheavals, some of which are fomented from outside the country” said the expert.

The Press Club was organized within the “Understanding NATO: Media Campaign” project currently implemented by the IDC on NATO.

Information and Documentation Centre on NATO