Public Diplomacy activitiesOp-ed: Elena Marzac – The impact of COVID-19 on regional security: the case of the Republic of Moldova

Op-ed: Elena Marzac – The impact of COVID-19 on regional security: the case of the Republic of Moldova 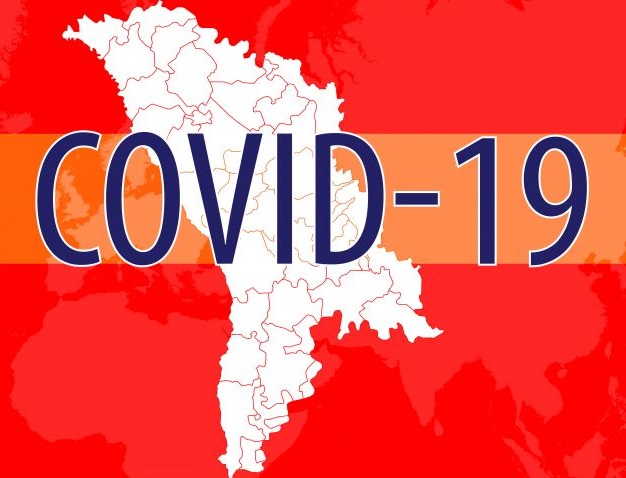 Speech by the Executive Director of CID NATO, Elena Mârzac at the first JAS Press Club: The impact of COVID-19 on regional security: the case of the Republic of Moldova.

The COVID-19 crisis is the first of its kind facing all countries and requires the most viable governance, combined effort of all state and non-state actors, and significant resources. The crisis is testing the effectiveness of response measures. For our region, COVID-19 is a crisis with long-term ramifications for security challenges. The positive or negative lessons learned from the pandemic provide valuable experience for future crises and how they should improve states’ resilience.

The crisis proves that existing security systems cannot fully protect citizens against an “invisible” threat that transcends borders, affects economies and changes the conditions of daily life. National security, government policies and economic priorities must adapt holistically to the new regional and global landscape of complex threats.
Governments are using the crisis to empower themselves with insufficient oversight mechanisms and to use their extended authority to reduce opposition and tighten their power.

Today we would like to know if the issue of health security has diverted attention from other security issues.

If we refer to the situation in the region, the countries have become more closed, cooperation has been limited in the last 6 months, and they have been more concerned about the health of their citizens and internal problems. Likewise, the internal threats created by foreign actors continue to be accentuated. The pandemic is being exploited for a tactical gain in areas of frozen conflicts. For example, in the case of Ukraine, Russia is calling for further restrictions, citing the special situation, but also continuing to engage in diversionary actions in the region. Similar measures of “new borders”, at a lower level, have been reported in Moldova and Georgia. We find the existence of fortified posts at the administrative lines in Georgia, Moldova, Ukraine. The political dependence of Ukraine and Moldova on the Russian Federation with interferences in the political and economic system is highlighted. Thus, there is a strong need for cooperation from the countries in the region.

Situation in the Republic of Moldova:
The epidemiological situation in Moldova is much worse than in other similar states in terms of population and territory, which directly affects human security. This has repercussions on border countries, but also on EU countries. Moldovans are extremely mobile, with almost 1 million citizens abroad, migration is a channel for spreading the socio-economic impact of the crisis, but also medically, in the event of a massive return of Moldovans, and on the contrary, creating repercussions for neighboring countries and EU countries, when transiting or wishing to return to work and / or looking for a new job.

As a result, the official pages of various European countries recommend that citizens refrain from non-essential travel to Moldova. The risk of COVID-19 remains high. Moldova is in the list of countries as a red zone.

- The pandemic has exacerbated existing vulnerabilities:
• political, economic and social instability compromised the relationship between government institutions and society and provided new opportunities to legitimize the centralization of power and the value of action;
• exacerbation of corruption;
• the insufficiency of government actions to support the economy through efficient methods, proactive actions, these being, on the contrary, only populist measures;
• diminishing human rights, state control over the flow of information under the pretext of controlling misinformation, banning protests, interfering in the electoral process, diminishing the role of civil society;
• the relations between the national and local administrations are poorly organized, which has affected the efficient management at local level.

- Worsening of the external image of the Republic of Moldova.
The intensely promoted “balanced policy” is, in fact, often one-sided, and an anti-European message is promoted, even if aid and support during the crisis came from the EU (which is also the most important economic partner) and bilaterally, from European countries and the US.

- Freedom of movement in the Transnistrian region in the context of COVID-19 has been restricted.
The restrictions introduced under the pretext of protecting public health provided a new opportunity for the separatist region to reaffirm its claim to sovereignty. However, the restrictions endangered the health of thousands of citizens who depended on free movement for their basic needs.

- The communication crisis has generated several adjacent crises.
In parallel with the health crisis, a political crisis is emerging. It seeks to capitalize on control information. Communication was altered by the desire to communicate in an electoral style. The lack of information from the official and credible source motivates citizens to use alternative sources. The narratives circulating in the international space, but also in the regional one, are strongly influenced by geopolitics. The purpose of misinformation is to spread distrust among citizens towards national and international institutions. There was a lack of effective strategic communication at the governmental level.

Instead of concluding:
Although the pandemic will change priorities in various areas, we must keep in mind that geopolitics and security issues will not go away and the threats may even worsen. In this context, it is necessary to increase attention to the security and defense sector.

Democratic states, especially European ones, will reduce defense spending under pressure to redirect funds to the field of social protection and public health. In the case of NATO countries, for example, there is a fixed defense budget for defense planning and security issues.

Moldova spends very little on defense as % of GDP – ~ 0.35% and we have no guarantee of security, being outside any military alliance or strengthened security partnerships. To respond to security threats, we need a functioning security sector. So far, the assistance that Moldova has received in this regard has come predominantly from the West (NATO, EU, Romania, USA, etc.). There is a need to strengthen a constructive dialogue and predictable partnership with EU and NATO member countries in order to continue efforts to reform the security sector. The EU has no interest in being surrounded by bankrupt states, nor does NATO want to have neighboring states with security threats and repercussions for its member states. For this reason, development partners and neighbors support our country in overcoming the current crisis, but also in reforming the security sector.

“Journalism in Defense and Security Matters (JAS)” is implemented by the Association of Independent Press (API) in partnership with Information and Documentation Center on NATO (IDC on NATO) and funded by a grant from the United States Department of State. The opinions, findings and conclusions stated are those of the author[s] and do not necessarily reflect those of the United States Department of State.